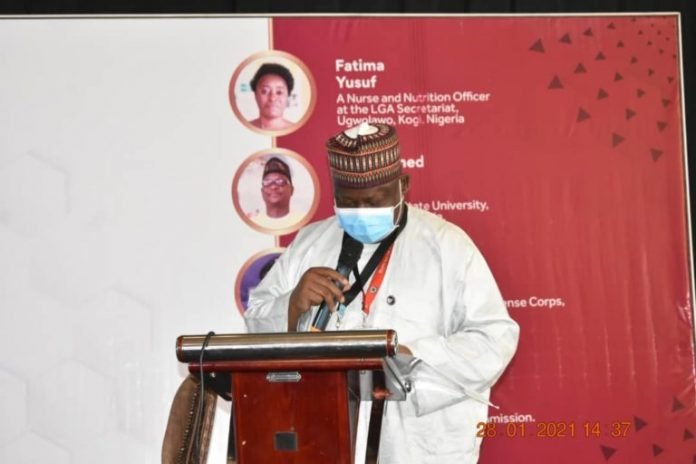 The Director-General, Bureau of Public Service Reforms (BPSR), Mr. Dasuki Arabi has said that the new Nigeria National Strategy for Public Service Reform (NSPSR) will provide a common vision for rebuilding and transformation of the federal public service in the country.

He made this known while making a presentation at a meeting with Directors of Reform Coordination and Service Improvement held at the Budget Office of the Federation in Abuja on Tuesday, August 31.

Mr. Arabi said the strategy is primarily a coordinating mechanism that will help the ongoing reforms across the public service in government Ministries, Departments, and Agencies (MDAs).

The DG said, “NSPSR’s development objective is to create an institutional and governance environment that enables Public Service institutions to deliver public goods and services with integrity, transparency, and accountability and in accordance with their mandates.

“Over the years, the Bureau through the Steering Committee on Reforms, Key Ministries, Departments and Agencies and some

Development Partners have recorded some key achievements in the Public Sector Reforms through the initiation and coordination of key reforms across the Public Service.”

He highlighted some of the key reforms initiated by his bureau to include: Development of Compendium of Reforms;

Mr. Arabi explained that the Office of the Head of the Civil Service of the Federation in March, 2014, established the Department of Reform Coordination and Service Improvement.

The establishment according to him was informed by the need to mainstream government public service reform programmes and sustain their implementation initiatives by bringing all such programmes under one umbrella to facilitate their effective implementations.

He added that, “The need to organize today’s meeting could not have come at a better time, especially with the various experiences and perception of the Department of RC&SI at MDAs level. Due to its importance, if the Reform Coordination and Service Improvement Department in the Public Service is not strategically positioned to take its place, it will become moribund, and morals of officers would be dampened.

“The challenges are surmountable only if coordinated efforts and zeal for success are deployed to resuscitate the Department.”

During the meeting, stakeholders present discussed key contemporary issues on reform and change management that

would improve communication network on reform programmes and policies, garner useful recommendations for effective and efficient service delivery; identified critical challenges of the RC&SI Departments in the MDAs and created a forum for active exchange of ideas and sharing of experiences on reform issues and operations of the RC& SI Departments.